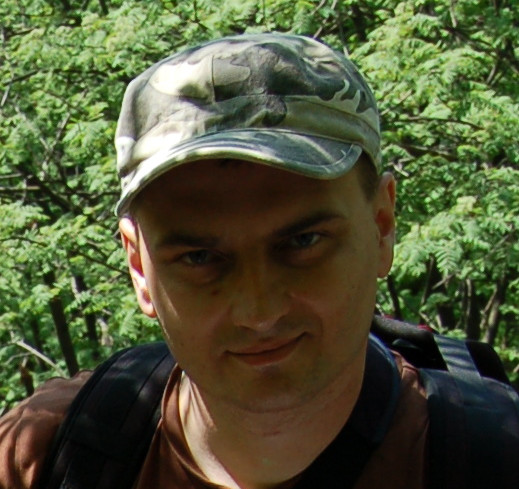 17 years ago today, The Apache Software Foundation (ASF) incorporated with the mission of producing software for the public good.

The Foundation’s commitment to fostering a collaborative approach to development has long served as a model for producing consistently high quality software and helping advance the future of open development. The ASF’s collaborative leadership, robust community, and meritocratic process serve as best practices widely embraced by organizations and individuals alike.

Our success is testament to all of the developers, users, contributors, and enthusiasts behind Apache’s products, brand, and community. We are proud to celebrate the innovations that continue to make it all possible and have highlighted 17 ways Apache has grown from strength to strength. Here’s to the next 17 years!

Did you know that the name Apache was chosen from respect for the various Native American nations collectively referred to as Apache, well-known for their superior skills in warfare strategy and their inexhaustible endurance? It also makes a cute pun on a patchy Web server – a server made from a series of patches– but this was not its origin. The group of developers who released this new server software soon started to call themselves the Apache Group. 21 years after its inception, the Apache HTTP Web Server remains the most popular Web server on the planet.

Birth of a Foundation

Did you know that the ASF incorporated as a membership-based, not-for-profit corporation in order to ensure that the Apache projects continue to exist beyond the participation of individual volunteers? Individuals who have demonstrated a commitment to collaborative open-source software development, through sustained participation and contributions within the Foundation’s projects, are eligible for membership in the ASF. The ASF is governed by the community it most directly serves –the people collaborating within its projects. Today the ASF develops, stewards, and incubates more than 350 Open Source projects and initiatives; through its leadership, robust community, and meritocratic process known as the Apache Way, the ASF has been hailed as one of the most successful influencers in Open Source.

Did you know that the original Apache feather logo and first Website were developed by ASF co-founder Randy Terbush in his bedroom office in Lincoln, Nebraska? This was at the same time that Randy registered the apache.org domain (11 April 1995). He states:

As a group, having chosen the ‘Apache’ name, out of a genuine respect for Native American resourcefulness and in particular, Apache tribal structure … the feather being a sacred symbol to man tribes seemed like a natural fit. The colors represented to me this ‘awakening’ that we were experiencing with the advent of the WWW.

In 2016 the ASF logo and feather were updated for the first time in history, while remaining true to the original ideal.

Did you know that the ASF has scaled 35,000% over 16 years with very limited resources? Beginning with an inaugural membership of 21 individuals who oversaw the progress of the Apache HTTP Server, the ASF has grown to 588 individual Members and 5,427 Committers collaborating across six continents. All development is done on a volunteer basis – some Committers may be paid by their employers for their time and code contributions, but the ASF does not pay for software or project oversight.

Did you know that the meritocratic Contributor-Committer-Member approach is the central governing process across the Apache ecosystem? Additions to the core Apache Group of 21 individuals grew with developers who contributed code, patches, or documentation. Some of these contributors were subsequently granted Committer status by the Membership, providing access to:

Those Committers that demonstrate merit in the Foundation’s growth, evolution, and progress are nominated for ASF Membership by existing members.

Did you know that 171 committees oversee 286 Apache projects, in addition to dozens of sub-projects and initiatives? Since its inception, the ASF has long been recognized as a leading source for Open Source network-server, network-client, and library tools that meet the demand for interoperable, adaptable, and sustainable solutions. From Abdera to Zookeeper, the demand for ASF’s reliable, enterprise-grade software continues to grow dramatically across several categories, most notably Big Data, where the Apache Hadoop ecosystem dominates the marketplace. In 2015, Apache products were featured more than 400 times in Gartner Magic Quadrant reports.

Did you know that all official communications at the ASF is done via mailing lists? These virtual meeting rooms where conversations happen asynchronously, is a general requirement for groups that are so geographically distributed to cover all time zones (as is the case for nearly all Apache communities). Building upon the transparency-oriented culture of the Apache Group, whose collaboration took place on email lists, millions of messages are archived on 1,475 Apache publicly-accessible mailing lists, documenting the ASF’s achievements over the past decade.

Did you know that all Apache projects are overseen by a self-selected team of active contributors? The ASF does not lead the technical direction of Apache projects: Project Management Committees (PMCs) guide a Project’s day-to-day operations, including community development and product releases. The ASF Board appoints a Vice President (an officer of the corporation) to serve as the Chair of the PMC. The primary role of a PMC Chair is administrative, including providing quarterly reports to the board about the health and status of their project; a Chair’s participation carries no additional weight or influence on a project, with one vote on project matters just like other PMC members.

Did you know that projects and communities intending to become fully-fledged Apache projects do so through the Apache Incubator? This includes code donations from external organizations as well as established projects such as Groovy, which became an Apache Top-Level Project in November 2015. There are 54 projects (known as “podlings”) currently undergoing development in the Apache Incubator and 39 initiatives in the Apache Labs innovation sandbox for testing technical concepts. An exception is Apache Zest, which has the unique designation as the first project to enter the ASF as a pTLP –provisional Top-Level Project– without entering the Apache Incubator. As part of its eligibility, Apache Zest had to meet the rigorous requirements of the Apache Maturity Model, which addresses the integrity of a project’s code, copyright, licenses, releases, consensus building, and independence, among other qualities (Apache Zest became an official ASF Top-Level Project in March 2015).

Did you know that Apache projects must be governed independently of commercial influence? As a vendor-neutral, not-for-profit organization, the ASF and all Apache projects do not take sides, or endorse or support any particular vendor over other vendors. In addition, with the belief that competition is a good thing, the ASF does not discourage the development of “competing” products. The ASF’s vendor-neutral collaborative environment enables third parties to pursue almost any for-profit or not-for-profit business model.

Did you know the majority of the world’s top-ranked Websites, from Google to Wikipedia to weibo.com, are powered by Apache? Apache products power half the Internet, manage exabytes of data, execute teraflops of operations, store billions of objects in virtually every industry, enhance the lives of countless users and developers worldwide, and can be found in nearly every end-user computing device, from laptops to tablets to mobile phones. Mission-critical applications in financial services, aerospace, publishing, Big Data, Cloud computing, mobile, government, healthcare, research, infrastructure, development frameworks, foundational libraries, and many other categories, depend on Apache software. The commercially-friendly and permissive Apache License and open development model are widely recognized as among the best ways to ensure open standards gain traction and adoption. To date, hundreds of thousands of software solutions have been distributed under the Apache License, with Web requests from within every UN-recognized nation.

Did you know that the ASF averages 16,000 code commits each month? The ASF is responsible for millions of lines of code by countless contributors across the Open Source landscape. Apache Committers have the responsibility to the collective community to help create a product that will outlive the interest of any particular volunteer, and that the code committed should be clear enough that others not involved in its current development will be able to maintain and extend it. Additionally, Apache code Committers are responsible for helping to grow and maintain the health of the Apache community.

Did you know that one of the best ways to learn about the technologies and projects at the ASF is to meet us in person? ApacheCon, the ASF’s official conference series, brings developers and users together to explore key issues in building Open Source solutions The Apache Way. The ASF believes in providing participants at all levels the chance to learn first-hand from the developers and experts behind our projects, software, and community, and offers travel assistance to select qualified candidates who would otherwise be unable to attend various ApacheCon events. In addition to ApacheCon, the Apache community at-large holds numerous events, including BarCamps, Hackathons, MeetUps, key signings, and more, in North America, Europe, and Asia. The next ApacheCon, along with Apache: Big Data, will take place 9-13 May 2016 in Vancouver, Canada. Join us!

Did you know that the ASF’s Community Development (ComDev) team helps newcomers learn about Apache projects, governance, and activities, and guides them in becoming part of the meritocratic, all-volunteer Apache community? Community Over Code is the cornerstone of the Foundation’s core tenets, underscoring open collaboration amongst the ASF’s 500+ Members and 5,000+ Committers through respectful, honest, technically-focused interaction. A key Apache community outreach channel is the Google Summer of Code (GSoC), where the ASF has served as a mentoring organization since the program’s creation in 2005. Each year, the ASF mentors 30-45 GSoC students, providing exposure to real-world software and community development The Apache Way. Countless GSoC students mentored by the Apache community continue to be long-term code committers on a variety of Apache projects, with some active program participants elected as Members of the ASF.

Did you know that the newly-launched Help Wanted application can help match volunteers with various Apache projects and activities that are seeking assistance? Whilst this project is just getting started, the intent is to both improve the retention of eager new volunteers, as well as find ways to get some long-outstanding projects completed. Watch this space as we build the list: we look forward to your participation!

Did you know that each day millions of people across the globe access the ASF’s two dozen servers and 75 distinct hosts? The ASF’s 3 continent-distributed Infrastructure team (comprising 10 rotating volunteers and 5 paid staff) keep Apache services running running 24x7x365 at near 100% uptime on an annual budget of less than US$5,000 per project. As the ASF is a purely virtual organization, it does not have offices or buildings; its only physical existence is the technical infrastructure that enables it to operate.

Did you know that as a United States private, 501(c)(3) non-profit charitable organization, the ASF is funded through tax-deductible contributions from corporations, foundations, and private individuals? Approximately 75% of the ASF’s US$1M annual budget is dedicated to running critical infrastructure support services. In addition to accepting donations via Bitcoin, PayPal, Amazon, and used car program, ASF Sponsorship raises critical funds that helps offset day-to-day operating expenses such as bandwidth and connectivity, servers and hardware, legal and accounting services, brand management and public relations, general office expenditures, and support staff. The ASF does not permit corporations to participate directly in Apache project management or related governance activities. As the ASF is vendor neutral, participation is limited to individuals, irrespective of affiliation or employment status.